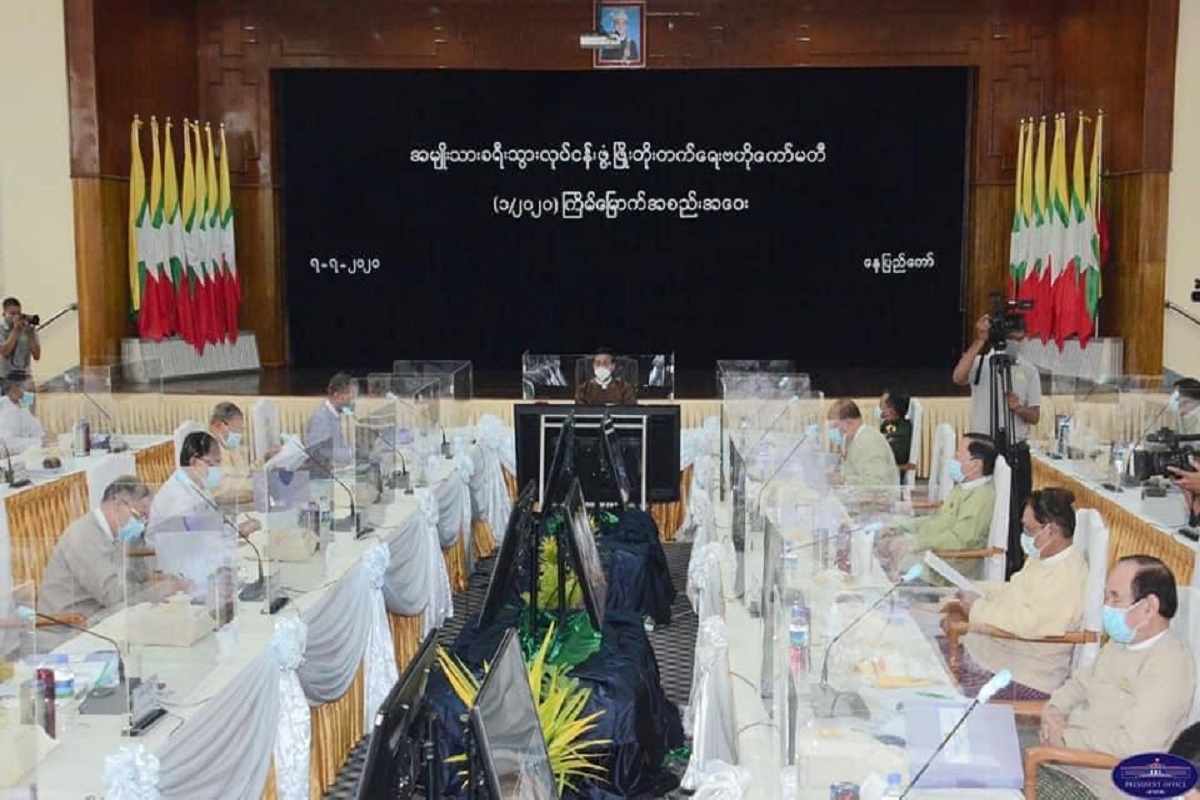 Vice President U Henry Van Thio, in his capacity as the Chairman of the National Tourism Development Central Committee, addressed 1/2020 meeting of central committee in Nay Pyi Taw yesterday. The Vice President looked around the Training and Education Division, the Digital Marketing Division and the e-Government Office of the Ministry of Hotels and Tourism. 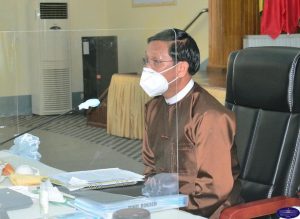 The meeting was opened with the video speech of State Counsellor. After the video speech of State Counsellor, Vice President U Henry Van Thio explained the meeting of central committee for the third time after forming the National Tourism Central Committee, the Tourism Committee and the local Tourism Work Committees after adopting the new Myanmar Tourism Law in 2018. He said that the meeting needs to prioritize on reviewing the whole strategic plan for Myanmar tourism industry which has suffered the impacts of COVID-19. 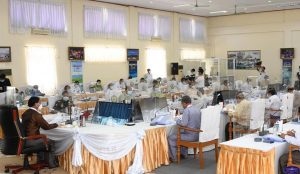 Myanmar has seen the increase of inbound tourists by one million in 2019 with 4.4 million, compared to more than 3.5 million in the previous year thanks to the Myanmar Tourism Master Plan 2013–2020 of the ministry that promotes private sector, invites local and foreign investments, participation of locals in tourism industry, adopting local tourism plans, coordination with relevant ministries in relaxing visa rules, easing on limitation of restricted areas for ecotourism, digital market that targets foreign visitors,producing TV programmes with foreign media, organizing roadshows abroad and arrangements of familiarization trip. The World Tourism Organi zation has forecasted the number of international travellers was forecasted to decline by from 850 million to 1.1 billion, with the decrease in income by from US$910 billion to $1.2 trillion and losing employments from 100 to 200 million. Although there were 183,416 tourists in Myanmar in January, only 82 foreigners arrived in Myanmar in April. The number of inbound visitors increased by 55 per cent in the period from January to May, compared to the corresponding period. The Ministry of Hotels and Tourism is implementing the three phases to implement the COVID-19 Economic Relief Plan. The first phase includes discount of licence fees for tourism business, postponement of taxes, low-interest loan programme and negotiation with the relevant ministries in reduction of lease for public buildings. 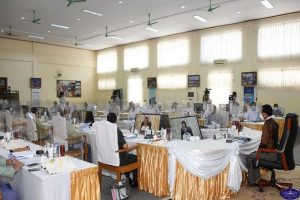 The second phase is concerned with issuing the National Tourism Guidelines adopted from the guidelines of the Ministry of Health and Sports, the Ministry of Transport and Communications, the Ministry of Religious Affairs and Culture and the Ministry of Hotels and Tourism before resuming domestic travel businesses as the international airlines could be allowed only in the third quarter of this year. The Vice President also called for coordination of relevant ministries, committees, tour committees, local tour committees and all the stakeholders in this industry in implementing the recovery of Myanmar tourism business to develop into the COVID-19 Safe Tourism Destination. In the third phase, Myanmar has planned to relaunch tourism sector in the third quarter of this year together with ASEAN member countries and Asian countries, implement cross-border tourism with Laos and Cambodia for ‘travel bridge’, create ‘travel bubble’ with Thailand and Viet Nam and expand it to Japan, South Korea, China, Hong Kong and Macau where the COVID-19 has successfully controlled. Reports said that the amount of expense of foreign visitors in Myanmar was over $2 billion in 2018-2019 fiscal year, while this industry has employed nearly 100,000 persons directly and about 200,000 persons directly. The Vice President also advised to ensure a responsible and sustainable tourism industry that prevents environmental degradation resulted from this business although it is regarded as a non-smoking industry. It is expected that the travellers would prefer natural tourism, ethnic tourism and environmental tourism for ensuring social distancing in new normal beyond the pandemic, and that it is required to develop a ‘Safe and Enchanting Travel in Myanmar’ by adopting a suitable model for the country based on international methods.   Vice-Chairman of the committee and Union Minister U Ohn Maung, and Secretary of the committee and Deputy Minister U Tin Latt reported on the future plans of tourism sector and the situations of hoteliers and tour agencies. Joint-Secretary of the committee and Director-General U Maung Maung Kyaw from the directorate of Hotels and Tourism explained records on decisions in 2/2019 meeting of central committee, formation of tourism committees and designing the Barrier Free Tourism Pilot Project for the persons with disabilities. Union Ministers Lt-Gen Soe Htut, U Soe Win, U Thaung Tun, U Kyaw Tin, Thura U Aung Ko, U Thant Sin Maung, Dr Than Myint and Dr Myint Htwe discussed matters related to implementations of 2/2019 central committee meeting and other plans for resuming tourism sector. Deputy Ministers U Tin Myint, Dr Ye Myint Swe and U Myint Kyine, as well as Permanent Secretary U Myo Myint Maung presented the works for their ministries participating tourism development.   The chairman of Nay Pyi Taw council, chief ministers, ministers of state/region governments, local tour businesses and experts discussed local tourism development plans through videoconferencing. In his concluding remark, Vice President U Henry Van Thio referred the announcement of World Tourism Organization about development of tourism sector by 40.2 per cent in 2019, and urged for better collaboration in this sector.   (Translated by Aung Khin)   Source From: The Global New Light of Myanmar
0Shares